Link to the Auxiliary Academy Store
by clicking on the 'Smokey' key fob icon
State Checkbook
Click on the photos to view video slideshows of recent events sponsored or supported by the Retiree's Association.
Old Guard Videos

Your Guide to a
Better Retirement
Our Prayer List
for our friends in distress (Updated 6/20)
Many of those in our patrol family, or their family members, are suffering through the hardships of cancer treatments or other life threatening illnesses.  A complete prayer list of our friends in distress can be found on the Member's Page.
Retired Lt. K.O. Martin is being treated at the Clermont Mercy Hospital ICU for a "GI Bleed" in serious condition, as reported by his daughter, retired Dispatcher Rebel Martin. His prognosis is encouraging. Information to send cards of encouragement can be found on the member's page.
Rudy Yokum, husband of SHPFCU Linda Yokum is being treated for lung and brain cancer.  He was recently admitted to Riverside Hospital, undergoing chemo treatments.
Retired Sergeant Sid Stark continues his recovery at his home after receiving treatments for lung cancer.  Sid recently advised that the treatments have been successful, improving the condition of his lungs.  CT scans will be conducted every three months.
Retired DX Clerk Mary Blevins recently suffered a broken hip and is recovering at her home.
Information to send cards of encouragement can be found on the Member's page. Prayers are always encouraged and appreciated. If there are others in our patrol family that are in some type of distress or difficulty please let us know so we can add them to our prayer list.

STO Update -  Thanks to all who attended the Retiree's Cookout on Friday, June 17th, we had a great turnout.  A special thank you to the additional 46 Ohio State Highway Patrol Retiree's, and friends of the Patrol who made the commitment to support the State Troopers of Ohio, Inc.
With our condolences we report the passing of Bernice A. Blosser, age 85, surviving spouse of Retired Radio Technician David J. Blosser, on June 16, 2022. David started with the patrol on January 11, 1960 and passed away on August 22, 2016.
Service and condolence information can be found on the Member's Page.
Lt. K.O. Martin from a few years back!
OSHPRetiree.org
Email us by linking to:

Mary Blevins (Green) with fellow DX Retiree Mary Carnes-Napper
HIGHWAY DEDICATION ANNOUNCED
A Highway Dedication and Memorial Service for Trooper William R. "Randy" Bender,
(pictured right) and his father, Deputy Sheriff William "Bill" Bender will be held at the
Marion County Sheriff's Office on Friday, July 15th, at 10:00 AM.  In 1973, Deputy
Bender was killed along Route 309 in Marion while en route to set up a road block
as a result of an escape from a nearby jail. Just 9 years later, his son, Trooper
Randy Bender died after being struck by a tractor trailer while directing traffic
at a construction site.  House Bill 26, sponsored by Ohio Representative Tracy
Richardson, will designate a portion of Ohio State Route 309 as the "Deputy Sheriff
Bill Bender and Trooper Randy Bender Memorial Highway."
The Sunbird Reunion will be at the All Occasions Banquet Facility
south of Waldo on Saturday, August 20th.
The Annual Luncheon is Scheduled for October 22nd at the Aladdin Shrine Center in Grove City.
The 2023 Snowbird Reunion will be at the Marriott Conference Center in Lake Mary Florida, February 23-25.

Snowbird Luncheon
March 2022
Snowbird Golf
Pizza Reception 2022
With our condolences, we report the passing of Jane G. Keating, age 90, surviving spouse of Trooper William J. Keating, on Tuesday, June 21, 2022. Bill graduated from the 43rd Academy class on December 16, 1954 and passed away on October 17, 2017.
Service and condolence information can be found on the members page. 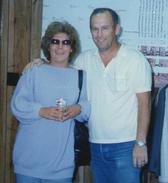 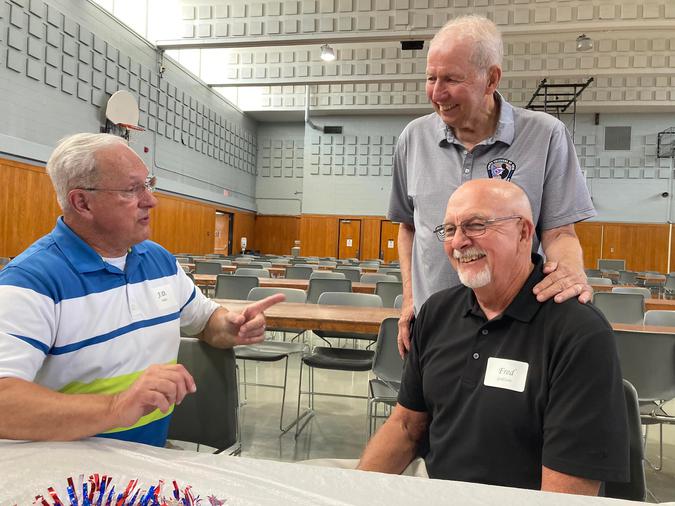 Another Great Time at the Retiree's Cookout!
The Minutes for the 2nd quaterly meeting of the Retiree's Association can be viewed on the Members / Coming Events Page. 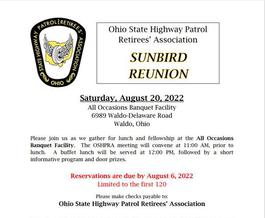 We had a great time at the Retiree's Cookout, now its time to sign-up for the Sunbird Reunion scheduled for Saturday, August 20th at the All Occasions Banquet Facility south of Waldo in Marion County.
The final cost for the 2022 Sunbird Reunion has been set at $15 per meal. Click open the registration PDF below, the registration deadline is August 6th or limited to the first 120 attendees.
2022_Sunbird_Flyer.pdf